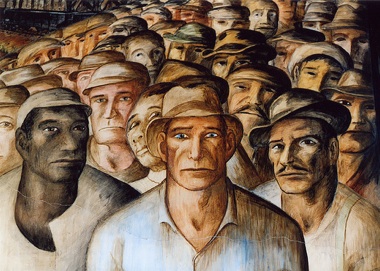 A class action lawsuit is any action in which one named Plaintiff fights on behalf of a large group of similarly situated but unnamed co-plaintiffs. The class action most people are familiar with are consumer class actions, as the class size in those cases is often very large. It can be as large as anyone who bought a specific product or signed up for a specific service over the course of a few years.   You have probably received at least one consumer class action notice in the mail in your lifetime, and odds are you ignored it. Payouts for class members in these cases range from nothing but a coupon to a few thousand bucks. While some like to paint these cases as cash grabs for lawyers, they play an important role in consumer advocacy and maintaining a fair marketplace for customers. There is a reason most large companies are trying extremely hard to eliminate the ability of consumers to prosecute these types of cases through mandatory arbitration clauses and class action waivers. Do you have cable, a cell phone, or internet access? Odds are you have signed several of these and waived important rights without knowing it. You have no choice in the matter really, which is unfair. (If you would like do try and change this, write a letter to your congressperson in support of Al Franken’s Arbitration Fairness Act.)

Employment class actions tend to be smaller than consumer class actions, but they serve a similarly important purpose. Our Court system recognizes the importance of class actions in vindicating important civil rights, particularly in employment, in cases where an employer is taking a “death by a thousand cuts” approach to paying its employees. For instance if an employer is intentionally and systematically shaving all of its employees’ hours worked by one hour a week, this might add up to a small amount of damages for each individual employee. An employee, even if they discover this discrepancy, might not care enough to do anything about it. Even if they did want to do something about it, such an employee may have a difficult time finding an attorney who will take a case worth a few hundred dollars.  Meanwhile, the employer is saving hundreds of thousands, perhaps millions of dollars through this systematic wage theft (if they are big enough).

This is unfair not just to the employees but to other law abiding businesses who want to actually follow the law and treat their employees properly.  Enter the class action. A business that employs 100,000 people might not care much about one employee with a $300 wage and hour lawsuit. But a class action allows that employee to join forces with the other 99,999 employees who are being similarly mistreated. That $300 lawsuit is now worth almost $30,000,000. An employer might pay attention to that number.